Working Hard to Safeguard Paddling Assets for All Canadians 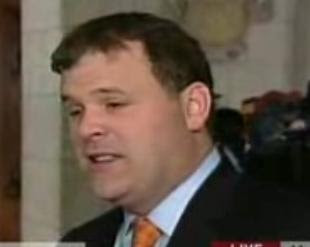 Further to your interview with Jay Morrison, Canadian Parks and Wilderness Society concerning the changes to the Navigable Waters Protection Act... the 8 hours of committee hearings specifically excluded recreational, paddling or environmentalist groups. The change to the act is problematic regardless of the lack of democratic process involved in the change. Let's be frank, putting changes of this sort in an omnibus bill make it very difficult to organize debate. Liberals can complain that it was the conservatives' fault but they agreed to it nonetheless. Conservatives had the opportunty to allow debate and instead prorogued the house. What is the hurry here?

The Navigable waters Protection Act even in its antiquated form gave environmentalists the opportunity to organize and oppose certain projects as necessary and as they were affected by them. It is exactly this time provided to environmentalists, and uncertainty provided to developers that was problematic. NGO's would try to slow down projects and in some cases launch judicial reviews. This has now been taken away in favour of absolute Ministerial discretion. We have some insight into how this has hurt us in the past.

Ms. Petty said, "what do you do... look for examples when the Minster of Transport doesn't do the proper, responsible thing - authorizing certain things"

Well we do know that the person in charge of the NWPA Program, has tried to exempt streams and rivers that are too narrow, too steep, too windy. All the fun stuff! saying these were not the sort of thing a reasonable paddling organization would be concerned about. .. To the contrary! This is the person who is advising the Minister.. Baird!

In the case of the friends of the Kipawa river, Liberal Transport Lapierre Minister, announced the approval of a project before the respective Environmental Assessment was completed. The ensuing judicial review, paid for via bake sales, silent auctions and raffles, organized in the public interest revolved around the navigable waters protection act at the time these changes were being initially promolgated within the Ministry of Transport. The Ministry officials did everything they could to keep the plaintiff in the dark. Finally the Supreme court refused to hear the case on appeal and no wonder given that that entire act was being gutted.

In future, what chance would some so called minor stream have? I'll tell you, it will have none!
Posted by Peter Karwacki at 12:36 PM

I speak for river users too!

The Queen is not amused!

The Ashlu river: it could happen to you

It is Whitewater Ontario’s mission to support the whitewater paddling community through the promotion, development and growth of the sport in its various disciplines. We accomplish this through the development of events, resources, clubs, and programs for personal and athletic development, regardless of skill level or focus, to ensure a high standard of safety and competency; We advocate safe and environmentally responsible access and use of Ontario’s rivers. Whitewater Ontario is the sport governing body in the province, and represents provincial interests within the national body Whitewater Canada and the Canadian Canoe Association http://www.whitewaterontario.ca/page/mission.asp

If Hydro Quebec is not actively pursuing Tabaret what is that bite out of Opemican for? 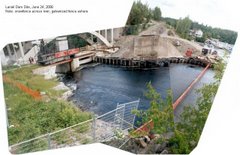 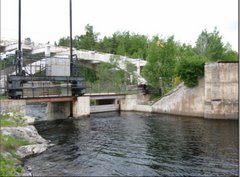 Tabaret is a Bad Idea

The best thing paddlers can do to help the cause of the Kipawa:

1. attend the rally and bring others including non paddlers to attend and buy beer and have fun

2. write your MP /MNA and raise the issue and post your objections -1 letter = 200 who didn't write

3. Write Thierry Vandal the CEO of Hydro Quebec strongly opposing the 132 MW standard decrying the use of "diversion" as the most environmentally inappropriate method of power production

4. Write Jean Charest, Premier of Quebec protesting that either the algonquin or the tabaret project will eliminate all other values on the Kipawa River by turning it into a dry gulch.

5. See if you can get other allied groups interested by showing your own interest, ie the Sierra Defense Fund, Earthwild, MEC, and so on.

7. Currently we are at the point where we need to sway public opinion and raise awareness.

However, if all else fails, don't get mad, simply disrupt, foment, and protest . The Monkey Wrench Gang.

Have you read Edward Abbey?

Les Amis de la Riviere Kipawa is poised to use an application to the Federal Court to issue a Writ of Mandamus to ensure the Minster does what he is supposed to do, protect the public's right to navigate the water control structure at Laniel, Quebec using the Navigable Waters Protection Act. (see http://www.kipawariver.ca/)

In the now gutted Navigable Waters Protection Act lay the means by which the Minister of Transport could keep the public right of passage down our great Canadian Heritage, our rivers and streams which are threatened especially by resource corporations and power brokers such as Hydro Quebec.

These powerful entities continue to petition that 'this' river or 'that' stream is not navigable and therefore not protectable.
I don't say that dams and bridges should not be built, only that if they are, historical navigation rights should be considered and preserved by making reasonable accommodations for recreational boaters.

It is the Minister of Transport, in exercising the right to allow or disallow work on or over a navigable waterway is what keeps boats and recreational boaters plying our waterways.

To many recent cases launched in the Federal Court concerning the Navigable Waters Protection Act, most recently the case of the Humber Environment Group of Cornerbrook Newfoundland versus the Cornerbrook Pulp and Paper Company indicates that the important oversight is not being faithfully performed. Have we really come to the point now where we must say "such and such a stream is one foot deep, possessing so many cubic feet per second flow and so on?" The answer to this is... YES!

The honourable Mr. Justice John A. O'Keefe, ruled that it had not been shown that the river was navigable. How convenient was that to the Minister? But either the Minister of Transport acts to protect our rivers and streams as a public right or he does not and that means rivers and streams currently enjoyed by kayakers and canoists.

Enough of the cheating, and double-talk. Canadians! our rivers and streams are our own, lets urge the Minister of Transport and the our government to protect them.

10 Reasons WhyTabaret is a Bad Idea1) Tabaret is too big. The station is designed to useevery drop of water available in the Kipawawatershed, but will run at only 44 percent capacity.We believe the Tabaret station is designed to usewater diverted from the Dumoine River into theKipawa watershed in the future. 2) The Tabaret project will eliminate the aquaticecosystem of the Kipawa River.The Tabaret project plan involves the diversion of a16-km section of the Kipawa River from its naturalstreambed into a new man-made outflow from LakeKipawa. 3) Tabaret will leave a large industrial footprint on thelandscape that will impact existing tourismoperations and eliminate future tourism potential. 4) The Tabaret project is an aggressive single-purposedevelopment, designed to maximize powergeneration at the expense of all other uses. 5) River-diversion, such as the Tabaret project, takinglarge amounts of water out of a river’s naturalstreambed and moving it to another place, is verydestructive to the natural environment. 6) The Kipawa River has been designated a protectedgreenspace in the region with severe limitations ondevelopment. This designation recognizes theecological, historical and natural heritage value ofthe river and the importance of protecting it.Tabaret will eliminate that value. 7) If necessary, there are other, smarter and morereasonable options for producing hydro power onthe Kipawa watershed. It is possible to build a lowimpactgenerating station on the Kipawa river, andmanage it as a “run-of-the-river” station, makinguse of natural flows while maintaining other values,with minimal impact on the environment. 8) The Kipawa watershed is a rich natural resource forthe Temiscaming Region, resonably close to largeurban areas, with huge untapped potential fortourism and recreation development in the future.Tabaret will severely reduce this potential. 9) Tabaret provides zero long-term economic benefitfor the region through employment. The plan is forthe station to be completely automated andremotely operated. 10) The Kipawa River is 12,000 years old. The riverwas here thousands of years before any peoplecame to the region. The Tabaret project will change all that.

Problems on a local River?

A History of Navigation on the Kipawa River

T-Shirts Area: These are available now!

Send $25 and a stamped self addressed envelop for the Tshirt, and for the bumper sticker, a stamped and self addressed envelope with $5.00 for the bumper sticker to Les Amis de la rivière Kipawa, 80 Ontario St., Ottawa, Ontario, K1K 1K9 or click the link To purchase a Les Amis "T" contact Doug with the following information: Number of shirts:Sizes: Ship to Address: Method of Payment: cash, cheque and paypal, Shipto address:

Get your bumper sticker and show your support for the Kipawa Legal Fund ! - send $5.00 in a Stamped, self addressed envelope to: Peter Karwacki Box 39111, Ottawa, Ontario, Canada, K1H 7X0

THIS SITE DRAWS A DIRECT LINE BETWEEN MONEY AND THE PRESERVATION OF THE KIPAWA RIVER. ... connect the dots

WTSHTF - Water when you need it.

Your President at work 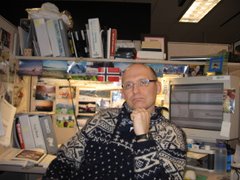 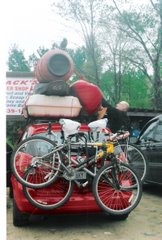 Kayaks on Matrix with Niagara Option 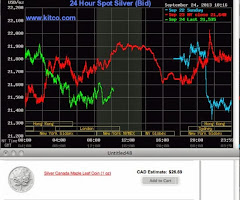 Its yours for just a 25% plus shipping mark up 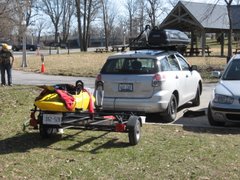 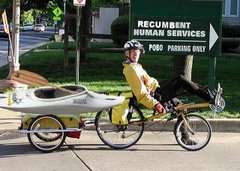 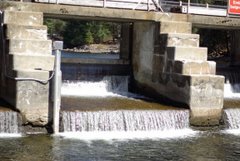 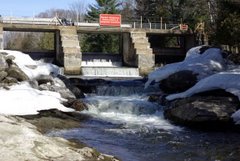 From just below Augsburg eddy

Why we love this sport 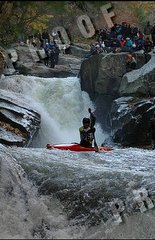 Why we love this sport

When boats were long 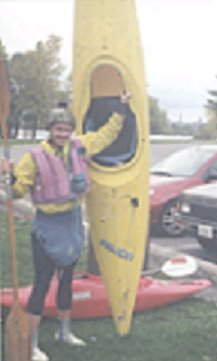